THE KEY DIFFERENCES BETWEEN DEPRESSION AND BIPOLAR DISORDER

The Key Differences Between Depression and Bipolar Disorder 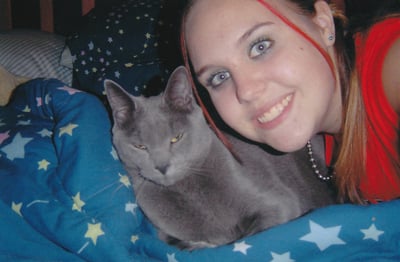 I was 14-years-old when things started to feel different, but I had no idea what was going on. All I knew was that I was sad all the time. I struggled to get out of bed. I didn’t want to go to school and would find every excuse not to. I went from being a straight-A student to nearly failing every class. Everything felt meaningless, I felt worthless and life didn’t feel worth living.

At the recommendation of my guidance counselor and teachers, I went to see a psychiatrist who diagnosed me with depression and anxiety. I had no idea what that meant, but he gave me a couple of prescriptions and told me I’d start to feel better.

Except I never did.

Thirteen years later, I walked into another psychiatrist’s office in a different state. He asked a ton of questions, and I answered honestly. At the end of that appointment, he diagnosed me with depression and anxiety, gave me a prescription for an antidepressant and told me in a few weeks, I’d feel better.

But once again, I never did. In fact, everything got so much worse to the point I was close to taking my own life.

At that point, my psychiatrist brought me in for an emergency appointment, and asked me the same questions he asked at our first appointment. I answered again – but this time, armed with more self-awareness and knowledge, I had different answers. This time, he diagnosed me with bipolar II disorder. He prescribed a common antipsychotic used to treat bipolar disorder and sent me on my way.

It’s been two-and-a-half years since that appointment, and while I still haven’t found the right medications to treat my bipolar disorder, I’ve learned a lot about mental illness in the process – especially around depression, bipolar disorder, and the similarities and differences between the two.

As it turns out, there are a lot of misconceptions around depression and bipolar disorder, mostly because they share many of the same symptoms. And just as I was misinformed – and misguided – for all those years, I’m sure there are many others out there going through the same thing. While I spend a lot of time on this blog sharing personal stories and messages of hope, I believe education is extremely important as well.

2. What is bipolar disorder?

3. When bipolar disorder is misdiagnosed as depression

4. Moving forward with your diagnosis

Depression, also known as major depressive disorder or clinical depression, is a common yet serious mental illness that negatively affects how you feel, the way you think and how you act.

Depression is one of the most common mental illnesses and affects an estimated 1 in 15 adults in any given year. And 1 in 6 people will experience a depressive episode at some point in their life. It can strike at any time but typically first appears during the late teens to mid-20s.

Although women are more likely than men to experience depression, it’s important to note that depression doesn’t discriminate. People of all ages, races, genders, religions, lifestyles, and socioeconomic statuses are affected by depression (and mental illness as a whole).

How depression is different from being sad

There’s a general misunderstanding that depression is the same as being sad. But the reality is that it’s so much more than sadness.

Most people feel overwhelming sadness at some point in their life. The death of a loved one, loss of a job or the ending of a relationship are all difficult situations for a person to endure. And it’s normal for feelings of sadness or grief to follow.

But being sad is not the same as having depression. When those feelings of sadness turn into feeling helpless, worthless or useless; when they impact your day-to-day life; when they’re accompanied by suicidal thoughts or urges; or when those feelings last for many days, weeks or months – it could be something more than “just being sad.” These are often some of the first signs of depression.

The symptoms of depression can range from mild to severe and can include:

A formal diagnosis must be made by a psychiatrist. And according to the DSM-5, a manual doctors use to diagnose mental disorders, you must experience at least five or more symptoms for at least two weeks.

What is bipolar disorder?

Bipolar disorder, formerly called manic depression, is a mental illness characterized by significant shifts in mood, energy, activity levels and the ability to carry out day-to-day-tasks. It causes extreme mood swings that include emotional highs (mania or hypomania) and lows (depression).

There are several types of bipolar disorder and related disorders. The two most common are:

Other related disorders include:

Common symptoms of mania and hypomania 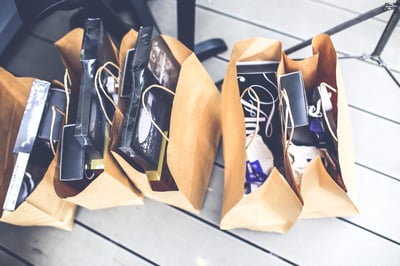 While mania and hypomania are two distinct types of episodes, they share many of the same symptoms. Mania is often more severe and noticeable. In extreme cases, it may trigger a break from reality (psychosis) that requires hospitalization.

On the other hand, a person experiencing a hypomanic episode may be able to carry on with their life normally. However, family and friends may notice changes in their mood or activity even if the person doesn’t see it themselves.

Personally, I’m very self-aware and often catch onto a hypomanic episode within a day or two. I can’t always hide my symptoms, but I work hard to make them less obvious to those around me.

Both manic and hypomanic episodes are characterized by at least three of the following symptoms:

** For education and transparency, these are hypomanic symptoms I typically experience. Not every symptom happens during every episode, and usually, one or two symptoms stand out as being the most extreme/noticeable.

Over the past two years, I’ve also had episodes that present more like manic episodes rather than hypomanic episodes, causing serious concern with my doctors (and myself). However, my diagnosis is still bipolar II disorder.

When bipolar disorder is misdiagnosed as depression

Because depression and bipolar II disorder, specifically, share many of the same symptoms – and because hypomania can be difficult to notice if you’re not specifically looking for it – it can lead to a misdiagnosis of depression.

A study published by Dr. Tanvir Singh and Dr. Muhammad Rajput found that 69% of people with bipolar disorder are initially misdiagnosed with depression. More than one-third of patients remain misdiagnosed for 10 years or more, although the average is around 5-7 years.

The highs in bipolar II disorder, known as hypomania, are not as high as those in bipolar I disorder (mania). As a result, the symptoms of hypomania often go unnoticed or unrecognized.

As someone living with bipolar II disorder, I can attest to the fact that sometimes, hypomanic symptoms are easily mistaken for “just feeling good” or “having a good day.” You’re happy, upbeat, more productive, more energized, and able to enjoy life. Hypomanic episodes aren’t always as obvious as little to no sleep, excessive irritability or making risky/impulsive decisions.

While being misdiagnosed for all those years was incredibly frustrating and led to a lot of mixed, mostly negative, feelings toward my doctors and even my family, I now understand how common it is and why the misdiagnosis happens so frequently.

Recognizing the symptoms of hypomania

I know firsthand how difficult it can be to notice the symptoms of hypomania – especially if you don’t fully understand bipolar disorder as a whole or even know that you have it. 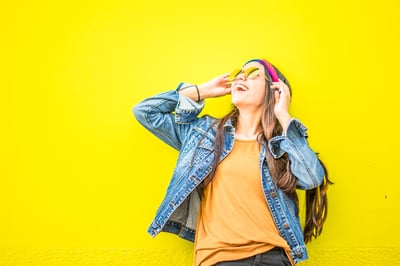 People misdiagnosed with depression often report that antidepressants make them feel worse than they did before, which was true in my case. Both times I was put on antidepressants, things slowly started to get worse.

Both my doctors said it could get worse before it got better, but what I was experiencing didn’t seem normal. Something just didn’t feel right.  Suddenly, nothing mattered, and I was constantly battling suicidal thoughts. Any day (or days) I missed my medication was significantly better than when I remembered it. Granted, those days were still tough – but they weren’t as bad.

Additionally, if something doesn’t feel right – whether it’s with your medication or general mood – pay close attention to your symptoms. If you have reoccurring depressive episodes that go away periodically and then return, here are some questions to ask yourself:

Ultimately, only your doctor, with your help, can determine whether you have depression or bipolar disorder. But as someone who didn’t know the signs – and was later in denial – I want to help others recognize the signs sooner so no one ever has to go through what I did for all those years.

Depression to bipolar disorder: When everything started to make sense

I’ll be honest: It was really hard for me to come to terms with my new diagnosis of bipolar II disorder. I felt a wave of emotions in the days, weeks and even months after my diagnosis. Looking back, a lot of what I was experiencing was shame. There’s a huge stigma surrounding bipolar disorder, mostly because most people don’t understand it. And truthfully, even I didn’t fully understand it. Eventually, I found the silver lining in my new diagnosis.

Suddenly, so many experiences made sense. Like why the antidepressants I was prescribed didn’t work and why I felt better off of them. Granted, I was still depressed. But I felt significantly worse on antidepressants to the point where life never felt worth living.

And also the euphoric high I felt the day after I attempted suicide when I was 17. I remember sitting in my hospital bed, smiling, laughing, making jokes, saying everything was going to be fine. I wasn’t a danger to myself. It would never happen again.

Everyone – from my parents to the nurses and doctors – was frustrated with me and kept saying I didn’t understand the severity of my actions and that I wasn’t taking it seriously. I couldn’t explain why I had so much energy or why I felt like I could conquer the world and that everything would be just fine. But I did. To everyone else, I was making light out of a dark and serious situation that could’ve had severe long-term consequences.

But underneath all those layers and emotions was a 17-year-old girl experiencing the first hypomanic episode she could truly remember (although I believe there were several more before then). It was one of her more severe, noticeable episodes – and yet no one noticed.

Moving forward with your diagnosis...whatever it may be

Whether you’ve been diagnosed with depression or bipolar disorder, know that both illnesses are treatable with the right combination of medication, therapy and support. Hope and help are available. It’s not always an easy journey, and there will be times when you get frustrated or lose hope – especially if you’re misdiagnosed.

But I’ll tell you what I always tell myself:

But the one thing you’re not allowed to do is give up. Not now. Not today. Not ever.

I know the pain feels permanent. I know it feels like it’s never going to get better. But I promise you: It won’t always be like this.

If you’ve lost hope and can’t fight for today, fight for better tomorrows. Know that tomorrow can be different – but the only way you’ll find out is if you keep fighting. Keep going. Keep surviving.