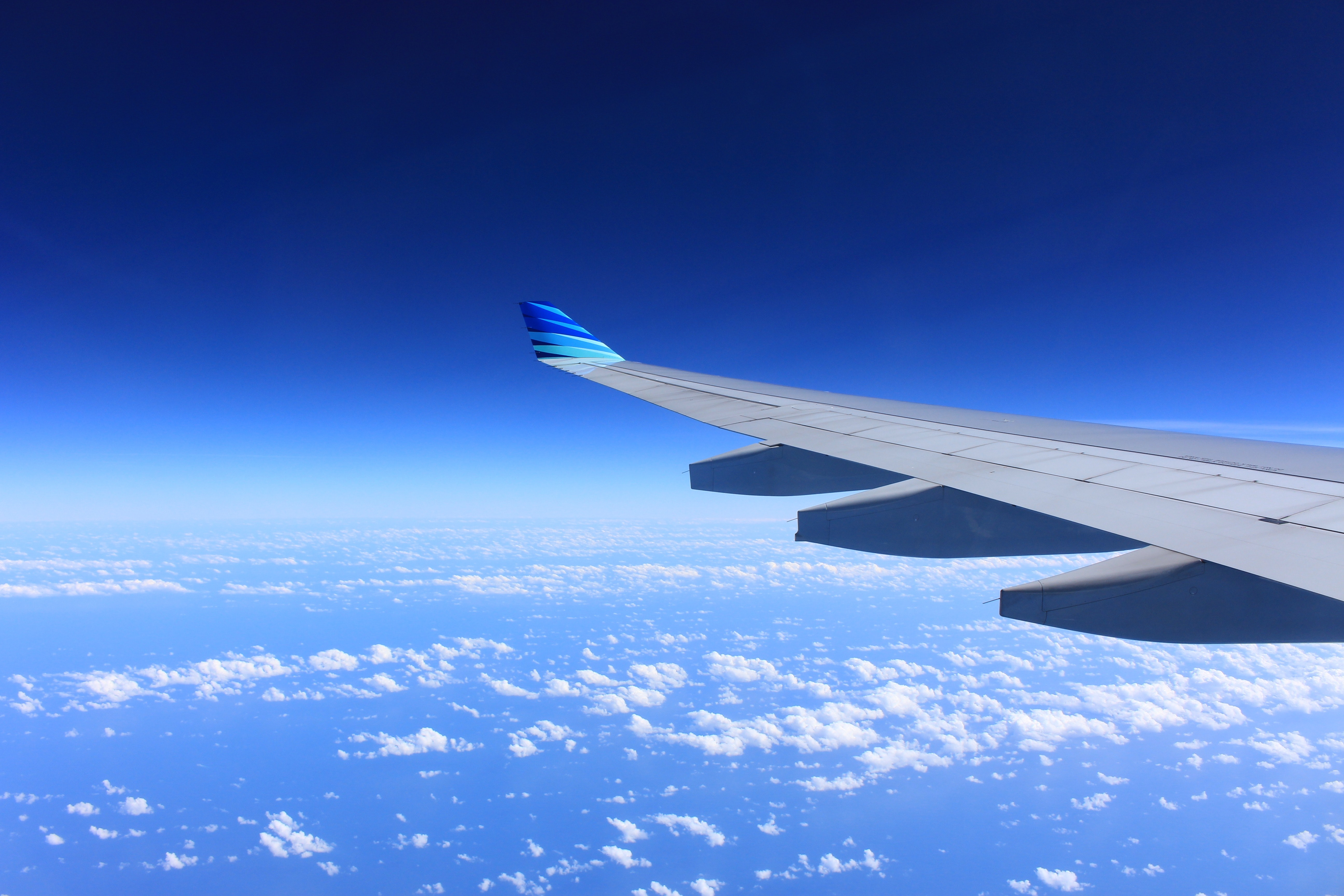 WHY I'M PUTTING MY OXYGEN MASK ON FIRST

Why I'm Putting My Oxygen Mask on First 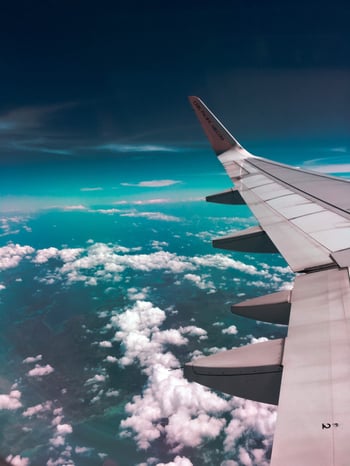 We hear it every time we’re on a plane:

In case of an emergency, put on your own oxygen mask first before assisting others.

But in a real emergency, what would you actually do? I can’t speak for anyone else, but I’d probably help someone else before helping myself.

And not surprisingly, that’s typically how it goes for me in the real world too – whether it’s donating items or money to a local rescue or nonprofit, buying items for someone in need, giving food to a homeless person sitting on the sidewalk in the freezing cold, the list goes on. I’ve seen this quality come out even more over the past few weeks – especially during the COVID-19 pandemic.

Helping others isn’t a bad trait to have. I’d like to think it’s one of the things that makes me...me. But sometimes, it means I stop taking care of myself or putting my needs first. It also means pouring my money into others instead of paying bills, buying groceries or putting that money into savings.

It means I’m putting on everyone else’s oxygen mask instead of putting mine on first. And sometimes, that can be incredibly detrimental to my recovery. Especially now.

It honestly comes down to one simple thing: I need to start putting on my oxygen mask first.

Truthfully, that’s a really tough thing for me to do, and even I’m aware that it’s a big deal that I’ve taken this step. But it’s a step that’s absolutely critical to my mental well-being and recovery.

I’m the type of person who puts on everyone else’s oxygen mask...and then forgets about my own.

I started ECT, and it saved my life

I’ve been on a medical leave of absence from work since the beginning of February. Throughout February and March, I received 10 electroconvulsive therapy (ECT) treatments. Around treatment number seven or eight, I was starting to feel good.

My smiles were bigger, my laughs were louder and I felt genuine happiness. I had the energy and motivation to do things. I had a list on my phone of all these different things I’ve been wanting to do, and when I had the time, I picked one and did it. Even the people around me noticed the difference, and that’s when I realized, “Oh my gosh...this is working! I’m getting better!”

So when treatment number 10 came around in mid-March and my doctor asked me, “Would you still consider yourself depressed?” I was quick to respond with “no.” And I 100% truly meant it. At that point, we chose to stop my acute series of ECT and move me to a maintenance schedule, which included one treatment a month.

For nearly three weeks, I felt amazing. I was so happy, and I couldn’t stop telling the people around me how good I was feeling, that ECT worked and I felt human again. I felt hopeful for the future for the first time in my entire life.

During that time, I was checking things off my to-do list, getting outside, having fun, working out again and most importantly, finding ways to take care of myself. I didn’t stop caring about others, but I was finding critical ways to put my needs first.

In other words, I was putting on my oxygen mask first, and I saw what a huge difference that made in my life.

The shift from “happy” to “I’m not okay”

About three weeks after my last treatment, I started to notice small signs of depression coming back. I struggled to get out of bed, I had no energy, I didn’t care about anyone or anything, I didn’t want to reach out to anyone. I just wanted to be alone.

I also started feeling heightened anxiety in a way I’ve never experienced it before. I was getting irritable and angry. My body was full of rage and I would scream at the top of my lungs, throwing things across my apartment (nothing that would break and nothing that would hurt my dogs). I started breaking out in hives any time I got super anxious, which was just about every day. I didn’t know what to do.

Initially, I brushed it off because my first maintenance treatment was so close. Just one week away. And I had appointments with my psychiatrist and therapist at the end of that week. I told myself it would be fine. I could get through the week, and I’d be okay. I’d meet with my care team, and together, we’d get everything back on track.

The small signs of depression eventually turned into something much bigger. I’d lay in bed all day, cry for no reason at all, had thoughts of hurting myself, couldn’t stop thinking about how the whole world would be a better place without me in it and even had thoughts of taking my own life. One night, I got pretty damn close to going through with it.

Instead, I reached out to my care team. And even though they were canceling or rescheduling non-essential appointments due to the pandemic, I advocated for myself and insisted that I needed those appointments. I’m glad I did — because it wasn’t until that day when I realized just how bad things had gotten.

Taking the next steps in my recovery

Initially, the plan was to have me admitted to inpatient treatment because we all knew it was the best way to keep me safe. Despite being scared, even I knew this is what I needed to do to keep myself safe. And it was an important step in putting my oxygen mask on first when I really wanted to throw it out the window and give up.

In the end, I had second thoughts and couldn’t go through with it. I was too scared, there were too many unknowns, and knowing I wouldn’t have anyone who’d be able to come to visit me, I felt too alone. So, after talking to the psychiatrist who oversees my ECT treatments, we decided to get me back into ECT ASAP and have me go through another acute series. With the COVID-19 pandemic, they don’t want to bring people into the hospital who don’t need to be there and are typically limiting ECT to inpatients and emergencies only. But we all knew this was an emergency. There was no denying it.

On the day this blog is published, it‘ll be treatment number 13 for me. The third treatment in my second acute series. Our hope is that it doesn’t take another 10 treatments to get me back to feeling good, but if it does, then that’s what we’ll do. And from there, we’ll determine the right maintenance schedule.

It’s not inpatient treatment, and I don’t have people watching me 24/7 to make sure I don’t hurt myself or give me on-the-spot help. But I do have ECT – a treatment that worked for me in the past and one that I’m confident will work again. It’s not a cure-all by any means. I’ll still cry and struggle and fight. But I’ll also smile, laugh and love my life.

When your care team stands behind you...and besides you

And I also have an amazing care team who have gone above and beyond for me at every opportunity.

My therapist did daily phone check-ins with me when I really needed it. Even when I told her she didn’t need to keep calling (especially on the weekend), her response was, “But I want to.” At a time when I wanted to give up, she gave me something to look forward to, a reason to keep pushing forward and an outlet for all the emotions I was bottling up inside. Most importantly, she constantly reminded me of all the things I tend to forget — like my courage, perseverance, strength and the fight that lives within me.

My ECT psychiatrist was willing to discuss options with me when I started feeling depressed again, and she allowed me to start another round of ECT – even though we’re in the middle of this pandemic and the hospital is limiting (and sometimes, not allowing) non-emergency outpatient procedures.

She’s always been honest with me and never promised me ECT would be “the cure.” I went into this knowing it might not work. But every time we talk, she’s kind, compassionate and gives me hope that there’s still a chance for me. She’s confident we can make this work, and that makes me confident too.

And there’s my psychiatrist. He’s worked tirelessly to find medications, dosages and regimens that will work for me. It’s been a tough battle, especially after we got the results of my genetic testing, but he’s never given up. And now, even with everything being done remotely, he still checks in with me. And he has me email my entire care team daily (more like every other day) with updates on how I’m doing. It’s not for nothing, either; the second anyone on my care team sees/feels something is off, they reach out. My psychiatrist always tells me that we’re going to get this right, I will get better and I have an entire team behind me here to help.

I’ve never had a care team who communicated with each other and worked so hard to help me get better. I’ve never had a team that cared this much about my health, my well-being and my safety.

I feel lucky to have these three incredible humans standing not just behind me beside me at a time when there’s so much uncertainty. At a time when I feel lonely and scared. Because of them, I know I’m not alone.

Continuing the fight – even when everything feels hopeless

What I’ve learned over the past month is that while things feel hopeless, there’s a fight and fire within me that refuses to quit. And even on the bad days, that fire burns brighter than anything going on around me.

The key, though, is to put my oxygen mask on first. Not just once but every single chance I get. It means practicing self-care — whether that means working out, reading, writing crappy poems just to get my emotions out, using my gratitude journal, filling out my diary cards, knowing when my body needs rest. It means advocating for myself even when it’s scary. It means doing what’s best for me...even if it means putting others second sometimes.

So, some things might change around here. I might not publish new content every week. And my content might start to include short essays or poems I’ve been working on. While this might not end up being the Fight for Better Tomorrows blog you were expecting or initially signed up to read, it’ll be the one that allows me to put on my oxygen mask first, take care of myself and allow myself to fight for better tomorrows...because even though today might suck, I have to believe better days are ahead.

How to Ask for Help When You're in a Mental Health Crisis
What is Electroconvulsive Therapy (ECT)?
Worth Living For: World Suicide Prevention Day 2020
When The Party's Over | Coming Down from Hypomania
The Key Differences Between Depression and Bipolar Disorder