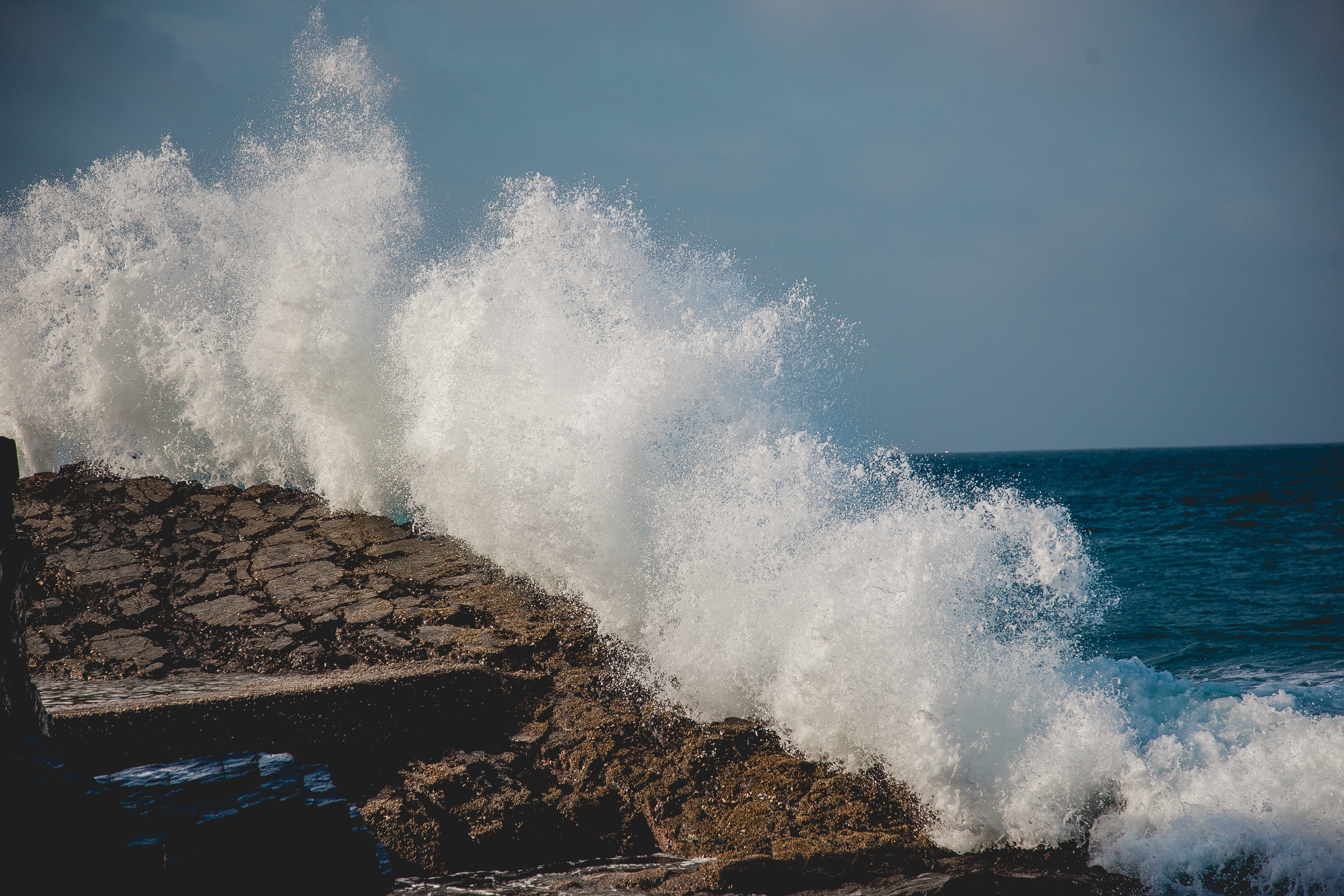 WHEN THE PARTY'S OVER | COMING DOWN FROM HYPOMANIA

When The Party's Over | Coming Down from Hypomania 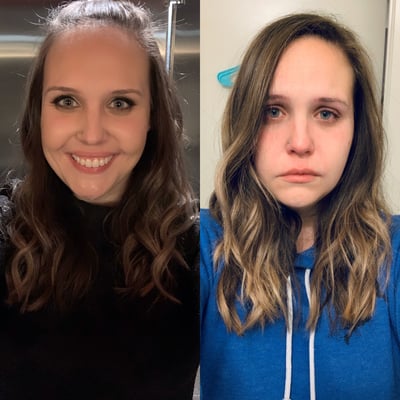 That’s how much sleep I got between December 16th and December 19th. And yet every day, I showed up to work, ready to take the world by storm. I was invincible. I could do anything. I had more motivation and energy than I’d had in months. Forget the free coffee at work. I could run through my to do list, checking off task after task while taking customer calls and getting shit done without it. I was unstoppable.

I was also hypomanic.

If you’re new to this blog or don’t already know, I have bipolar II disorder, which is a mental illness characterized by cycles of depressive episodes followed by hypomanic episodes.

I spend most of my life in a depressive state. I often find myself feeling sad, hopeless, worthless and useless. I have little interest in doing things, I sleep too much, I’m tired all the time, I have absolutely no energy, and I have a hard time concentrating – both at home and at work. And in the back of my mind, there’s always this constant thought that the whole world would be better off without me.

But a few times a year, I experience hypomanic episodes. By definition, hypomania is described as a mood state or energy level that is elevated above normal. In other words: it’s euphoria.

For me, hypomanic episodes are periods of pure happiness, higher energy levels and increased productivity. But they also come with little-to-no sleep (and being able to function without it), racing thoughts, extreme irritability and excessive spending.

Even with the “negatives” of hypomania, I see these periods as a much-needed break from my depression. They’re a break from crying and being sad all the time – mostly for no reason at all. They’re a break where I can work on projects, get things done and actually enjoy my life.

They’re a time when I have the energy to workout – and I’m usually able to run faster, get in more reps or work out for longer periods of time without feeling exhausted.

My hypomanic episodes are fun. Until they’re not.

Not all hypomanic episodes are euphoric highs

Sometimes, they lead to some pretty risky decisions and situations.

Like when I drive around the worst parts of Toledo for two hours to get free slurpees on 7/11 day. Slurpees that melt before I even get a chance to drink them.

Or when I drive my car so fast, so recklessly. Changing lanes without slowing down, blowing through an almost red light. Blasting music so loud that I can’t even focus. Zooming down the highway like I own the place.

Or when I stand on the edge of my couch to put up Christmas lights that have to be at the top of my wall even though I can’t reach. When I use a very unstable IKEA shelf to keep me from falling. When I find myself falling backward and think to myself, “Christina, you’re going to hurt yourself or die doing this” – but I continue to do it anyway.

Then hypomania is scary. No wait. Let me rephrase. It’s absolutely terrifying.

And it’s those moments when I start to question whether I can keep myself safe or even alive. I question whether I should take a trip to the nearest emergency room and voluntarily ask to be admitted to inpatient treatment until I can come down from my hypomanic state.

Or as I call it: the crash.

“What comes up, must come down.”

It’s a phrase commonly used to describe the concept of gravity, but it’s just as true when it comes to living with bipolar II disorder. When you go up into those intense highs, everything eventually comes crashing back down. For me, the crash is extreme, exhausting, overwhelming, and honestly, just as scary as the hypomanic episode itself.

Because the crash means I plummet right back down into the darkest parts of my depression.

And if I had to rank my hypomanic episodes – which feels like a weird thing to do – I’d say this was one of the worst, most extreme and most damaging of them all.

Not just because of the decisions I made or money I spent, but also because I’m ashamed of some of my actions and worried about how I’ll uphold the commitments I made during the episode.
I launched this website (which was, for what it’s worth, has been a work in progress since April 2019). I planned out an entire quarter’s worth of content, offers and even a pillar page. I started writing a lot of that content...but I didn’t finish. I committed to doing electroconvulsive therapy – simply because I feel like I’m supposed to even though I’m not sure I really want to.

I committed to fostering a dog even though I’m already overwhelmed and not sure I can handle it on top of everything else.

I spent more money than I ever have during a hypomanic episode and made purchases on items that I wanted but didn’t really need – to the point the boxes and bags are are still piled up in my kitchen with nowhere to go. I have no idea how I’m going to pay it off or what I should return. Because in my head, some of these purchases seem like important investments (like the humidifier).

I went so far above and beyond at work that I’m almost certain I’m going to disappoint my customers (and colleagues) after the holidays. I want to keep all of the promises I made. I want to follow through on all of my ideas. But realistically, I can’t. I don’t have the time, but mostly, I don’t have the energy.

When the party’s over

The crash happened Friday night, laying on the couch while watching TV. All of a sudden, every ounce of energy drained from my body. I went from being ready to tackle the world to not even wanting to exist.

I cried. First, just a little. Then the tears started rolling down my face and didn’t stop for over two hours. At times, I cried so hard I couldn’t breathe. For brief moments, it would stop. And then without warning or reason, it started again.

I couldn’t get up to get a cup of water.

I couldn’t pull myself off the couch to walk the dogs.

I couldn’t do anything but stare at the digital billboard outside my window, watching the colors change.

Life was happening all around me, but I was standing still.

I didn’t want to exist. I wanted to go to sleep and not wake up.

All I could think was, “What happens now? How far down will I continue to spiral? When will it stop? Where do I go from here?”

The truth is, I don’t know what to do next. It’s like everything I’ve learned over the past year through therapy and my time at McLean doesn’t even matter. Because in a moment when I needed to lean on my knowledge and skills, all I did was continue to fall. Hard.

I’m scared that maybe – just maybe – it’s always going to be this way: a vicious cycle of extreme highs and extreme lows with crashes, self-destructive behavior and impulsive decisions in between.

It sounds extreme, but truthfully, I’m worried this might be the crash that breaks me.

How to Ask for Help When You're in a Mental Health Crisis
What is Electroconvulsive Therapy (ECT)?
Worth Living For: World Suicide Prevention Day 2020
Why I'm Putting My Oxygen Mask on First
The Key Differences Between Depression and Bipolar Disorder