6 THINGS I LEARNED AFTER I ATTEMPTED SUICIDE

6 Things I Learned After I Attempted Suicide 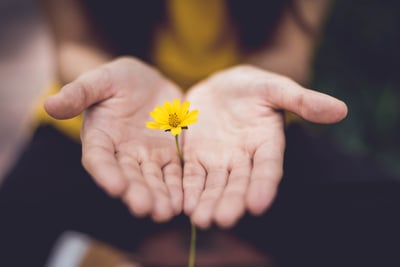 Surviving a suicide attempt is probably one of the most traumatic, life-altering events anyone can go through. It's one of those things that so many people have an opinion about yet few people really understand. Making the decision to end your life is hard. But living through it? It's even harder.

When you survive a suicide attempt, you going to feel a range of emotions - anger, disappointment, depression, relief, nerves, numbness, etc. None of these emotions are wrong. They're all just part of the process. As time goes on, you begin to come to terms with what happened. For some people, it takes a few months. For others, it takes a few years. But at some point, you begin to learn, grow and heal.

I learned so much from attempting suicide. I learned that even cold liquid charcoal is disgusting, peeing with the door open is degrading, people can be incredibly cruel and that being escorted out by a cop is humiliating. But the real lessons I learned were far deeper than those superficial things. Here are six things that I learned after I attempted suicide:

You won't be able to forget

The first few days are the hardest, but the next few months are almost as hard. You may have flashbacks, nightmares and moments where you see your suicide attempt flash in front of your eyes. You'll see things that remind you of your suicide attempt, and you'll remember that moment all over again. Sometimes, you may even feel the physical pain. They say time heals all, but I still can't think about it without feeling a knot in my stomach. Even though all of this is normal, it still hurts like hell to think about it.

You're going to feel ashamed

From the moment I told my parents what happened, I felt ashamed. I felt ashamed walking into the emergency room, being in the ICU, getting into the police car, going to the mental health facility, going home, going back to school, telling my friends and even talking about it now. It's normal to feel ashamed. I still feel that way when I talk about it to someone in-person. What I also learned is that you need to find a way to let go of those feelings, even just for a few moments, so you can allow yourself to heal and move forward.

For me, I thought attempting suicide was going to be my ultimate rock bottom and the moment I needed to turn my life around. I sat in that hospital bed in the ICU and said to myself, "this is what needed to happen in order for me to get my life together. I'm going to stop cutting myself. I'm going to take my medicine. I will get my life back on track." Three days after getting released from the hospital, I cut myself again. A week later, I found myself thinking about killing myself. A month later, I almost attempted suicide again. It took months of cutting, hitting rock bottom and beating myself up for me to finally have the courage to say "enough is enough." Two months after my suicide attempt, I stopped cutting. Six months after, I felt happiness for the first time in years. A year later, I finally felt like I was a different (and better) person. My suicide attempt was life-changing, but it wasn't the rock bottom moment that caused me to change my lifestyle.

Not a day goes by that I don't struggle. Even on my best of days, I still find myself struggling with mental illness. I try really hard to live a "normal" life, but I also realize that I have no idea what that means. Attempting suicide was one of my darkest and lowest moments, but it wasn't the only time I've hit rock bottom. I hit rock bottom again back in March, and I'm still trying to pick up the pieces and move on. I realize that life is hard...

...but it's worth living

I still think about what would've happened if I died. I think about all of the incredible moments I would've missed out on. It's one of the hardest things to think about, but I do it to remind myself that my life is worth living. It's not always easy, but it's worth the fight. Every day, I'm so thankful that I'm still alive.